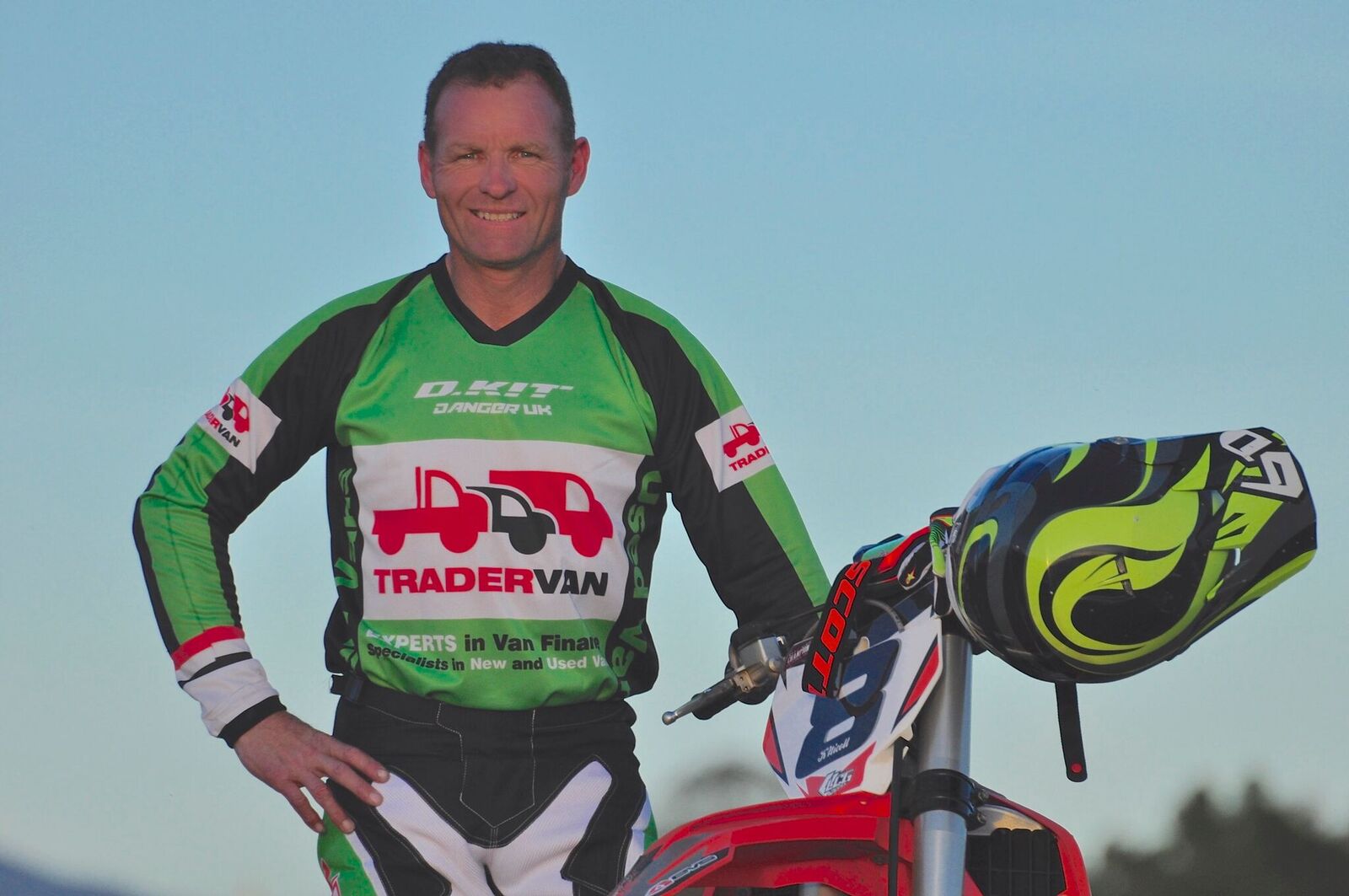 Not many people have reinvented themselves as many times as Kurt Nicoll has during his lifetime. Perhaps considered a late bloomer, he swung his leg over a dirt bike at an early age, but didn’t begin his racing career until 16 years old. After a quick adjustment period, the Englishman’s bold approach to life would rapidly drive him along a track that would see him collect seven British Motocross Championships, four Vice-Championships in FIM World Motocross, and ring the bell as a 1994 Motocross des Nations victor and hero, as he rode his Honda CR500 to the win, which marked the first time in 27 years England claimed the MXdN Championship.

Even after his retirement from professional racing, being involved with dirt bikes was a priority. He transitioned from rider to manager and helped open KTM England as Racing Director and then eventually moved to Mattighofen, Austria as Factory KTM’s World Wide Race Director. In time, he created a position within KTM North America as the Motorsports Director based in Temecula, California. It was a perfect opportunity for him to not only work a job that he loved, but to move to the Mecca of motocross racing in sunny, southern California. His riding at the local SoCal tracks and his racing around the country never quite slowed down, and even when he shifted his attention to Nitro Circus and was hired by Godfrey Entertainment (creators of the extreme sports franchise), his collection of championships grew with his second Supermoto Unlimited #1 plate (2004 and 2009). Wouldn’t you know it; the accolades didn’t stop there.

He racked up three consecutive EnduroCross Veteran championships from 2011-2013, and in 2012 he went undefeated in every race he entered and was awarded the AMA Vet Racer of the Year.

In between the countless laps on the track, his focus shifted again when he was absorbed into Nitro Circus Live; the brand changed owners, and he became the Vice President of Global Touring.

Fast-forward to 2015, in the World Vet Motocross Championship, Kurt starred in perhaps the most epic battle of the day, and was closing in on clinching the title that had eluded him for five years. He secured the championship in the competitive 40+ Pro class in a stunning battle that pushed him to lap times that rivaled the fastest of the entire day. Staying true to continuously recreating himself, 2016 promises the most thrilling chapter yet! Kurt will not only be competing in England at the Vet’s Motocross des Nations at Farleigh Castle, and defending his World Vet 40+ Pro Championship at Glen Helen (California), but in a sensational move, he has created Champion MX Vacations which will allow riders from all over the world to join Kurt and ride southern California’s world-class motocross tracks together! The only motocross vacation outfit that is run by a world-renowned motocross champion, Champion MX Vacations welcomes riders of all abilities to book their motocross holiday. This one-of-a-kind tour welcomes riders to the sunny, relaxing wine country of Temecula, California, where vacationers will have plenty to occupy their time in between ride days at southern California’s most legendary motocross tracks. Kurt says it best by stating, ”My biggest passion is still riding motocross. There is nothing better than a day at the track with friends. I’m happy to take this next step in my life in what promises to be my most exciting venture yet.”

With a fleet of brand new model KTM motorcycles 450/ 350/ 250 and 250 2 strokes to choose from, and a full itinerary of legendary motocross facilities to visit, Champion MX Vacations is set to bring you on the adventure of a lifetime. Are you ready?